Team Shredded Wheat Racing with Gallagher stormed back into the top-five during an action-packed final showdown during the penultimate Kwik Fit British Touring Car Championship meeting of the season at Silverstone (September 28/29).

The weekend delivered yet another rollercoaster set of results for the Motorbase-run squad, with changeable weather conditions upsetting much of the running order for the BTCC grid during rounds 25, 26 and 27.

After taking a solid P11 in qualifying (beaten to P10 by Proctor setting the exact same lap time just minutes earlier) Chilton claimed a promising top-ten result in the opening race, a result that was later amended to P9 after Jordan was penalised for his push-to-pass move on the #3 Ford. 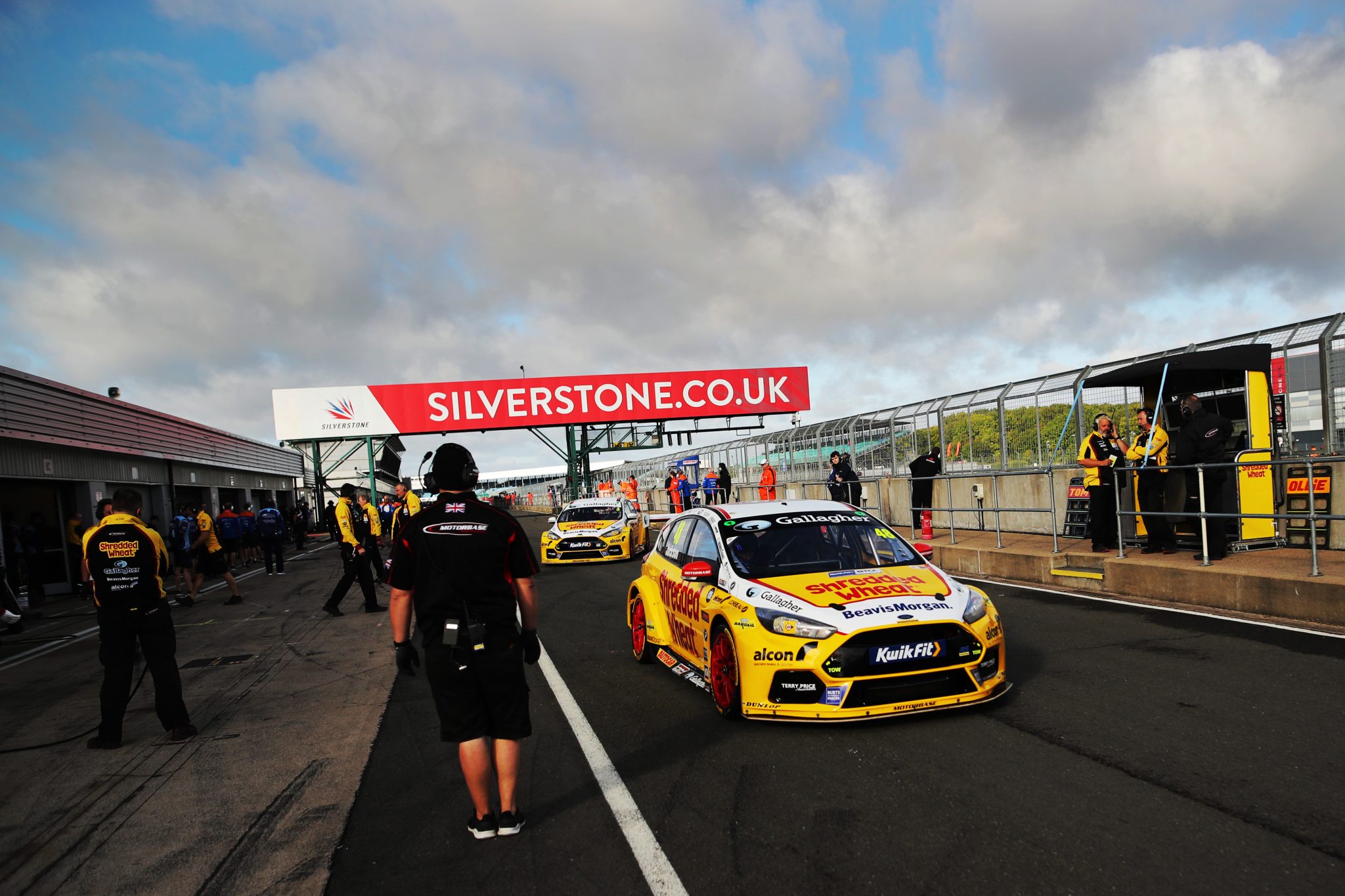 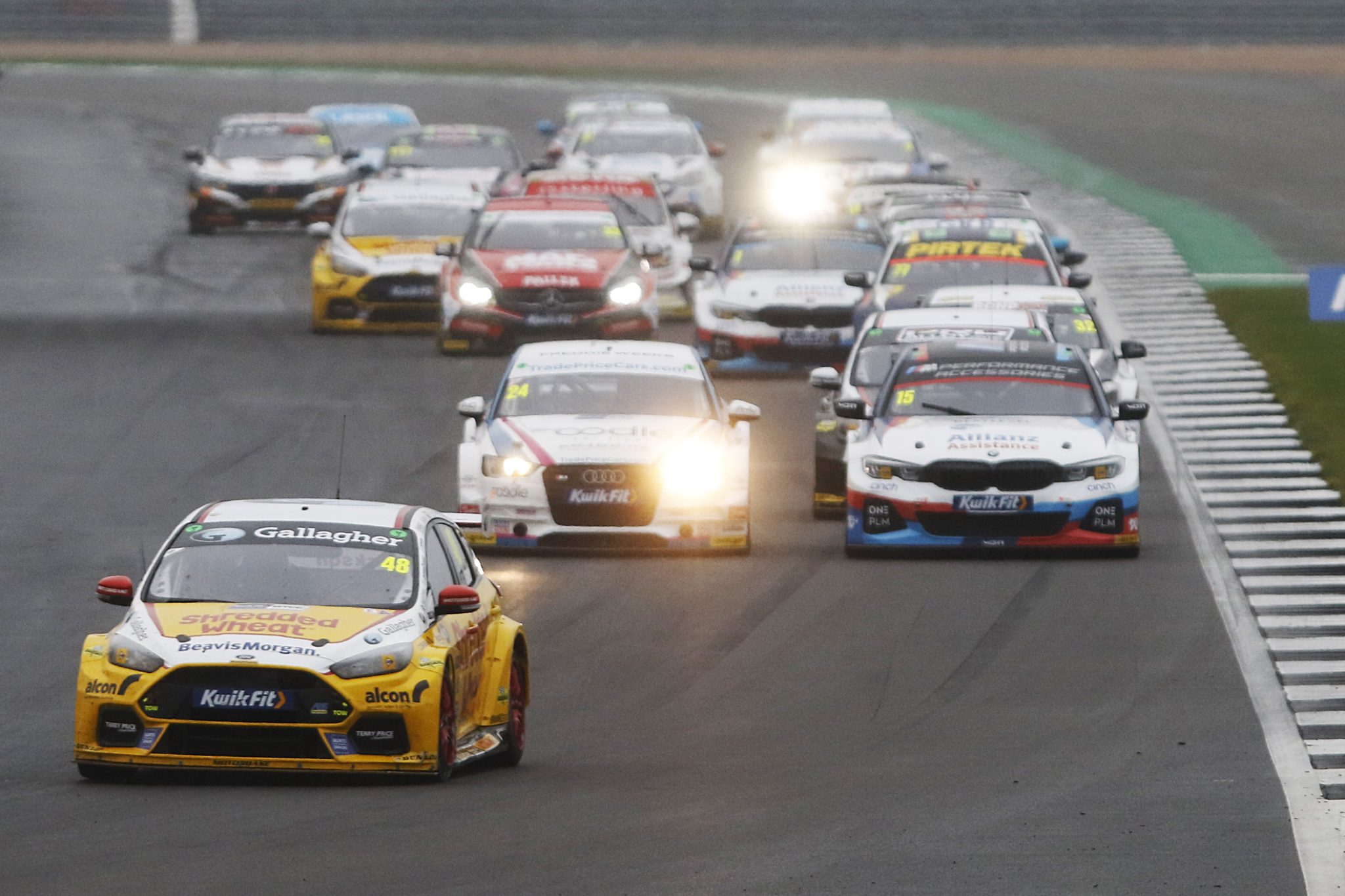 Free of the soft compound tyre for race 2, the Reigate-racer hopes of securing a top-five finish were sadly short-lived. Innocently collecting a piece of displaced advertising hoarding up in the opening laps, Chilton was forced to pit on lap 8 with an overheating engine caused by the debris covering the radiator. Re-joining at the back of the pack, the 34-year-old managed to salvage a P20 place.

A frenetic finale brought the weekend’s event to a close with a classic touring car crowd-pleaser, with Chilton producing a superb zero-to-hero drive on the 1.64-mile National circuit layout to take 5th at the final flag.

With all but two of the 30-car grid heading out on slicks, the race quickly became a game of strategy as the rain returned. Taking a gamble to switch to wets on lap 5, the #3 crew’s tyre selection proved to be an inspired choice as the heavens opened once more. Scything his way through the field as the laps unfolded, Chilton expertly picked his way up the order to cross the line in P5 from P20, an outcome that looked to be way out of reach just moments earlier. Ollie Jackson’s weekend sadly proved to be best forgotten. Struggling to string the perfect lap together in qualifying, the Alcon and Beavis Morgan-backed racer found himself on the back foot in P18.

Caught in the messy mid-field, contact in the opening race derailed his chances of moving up the order and into the points-scoring zone and he eventually crossed the line in P18. Race two fared better for Jackson who despite taking another heavy shunt from behind, managed to add to his points tally in P14.

In an almost polar opposite result to his team-mates final race, Jackson fell afoul of the sudden change in weather. After making a stunning start on the greasy track, the 35-year-old was running as high as P5 and looking at an all-but-guaranteed podium spot. Opting to stay on slicks along with the majority of the front-runners, he regrettably tumbled down the order as the wet tyre runners came into play and eventually crossed the line frustrated in P19.Team Manager Oly Collins: “It was unfortunately another weekend of what could have, or should have been. Saturday was difficult for us as we struggled to get a handle on the circuit which started us off on the back foot.

“We found some pace in the car today but didn’t convert it in to the results. Tom was desperately unlucky in race 2 to collect the advertising board forcing him to pit and lose any chance of a result. Thanks to Tom’s call for wets in race 3 we did manage to snatch a result from the weekend.

“Ollie was just caught up in other people’s incidents this weekend. I think he had a target on his car today. He was running great in 5th until the weather came in.”

“Race 3 could have been a completely different result if the rain had held off. Unfortunately it was almost a curse of running so high up that we couldn’t risk or give up a P5 position to change to wets. I can’t think of another time when a tyre change in a modern BTCC race has ever produced results like that. No-one could have predicted it.”