Two new drivers and complete rebuilds for Motorbase for 2019

Team Shredded Wheat Racing with Gallagher pairing Tom and new-boy Ollie were out testing at Brands Hatch last Thursday, with the Kent outfit evaluating changes under the skin of its 2019 competitor ahead of a comprehensive test in Spain in early March.

Tom’s back and in fine fettle ahead of the 2019 BTCC. With all three Motorbase-run Focuses having undergone complete rebuilds and a host of changes underneath the bodywork, Chilton has prepped to match. He’s eyeing going better still than third in the Drivers’ standings this time around.

The outfit means business, illustrated, to Chilton’s delight, by an ambitious in-season testing plan encompassing more test days than the Surrey driver has been a part of in any given season in 16 years in the BTCC.

“Thursday was spent getting to know the newly-rebuilt cars again after a lot of work over the winter,” he started. “Everything’s new in effect under the skin for the Focus’. We’ve made little refinements all over the car that will add up.

"The team have stripped everything back to bare metal for a complete rebuild across all three cars with the intention of going better still in terms of what we put out on track last year. Simple things like new brake seals and calipers to new clutches and engines – it’s all been taken care of in the best possible manner by Motorbase and our partners.

“The first thing you want to do in a shakedown is get out there and feel where things are at. We were on old tyres but each of us got faster, as you’d hope, as the day went on.

“This is all in readiness for what I’m hoping will be 1000 kilometres over four days in Spain at Calafat. I’m more ready than I’ve ever been. I put myself on a training camp to get in the best possible shape ahead of testing and I trimmed another five kilograms off my weight at the end of that. I’m doing all I can and so are the team. We’ve got a good number booked in over the course of this season – more, in fact than I’ve ever had in a single BTCC season before.” 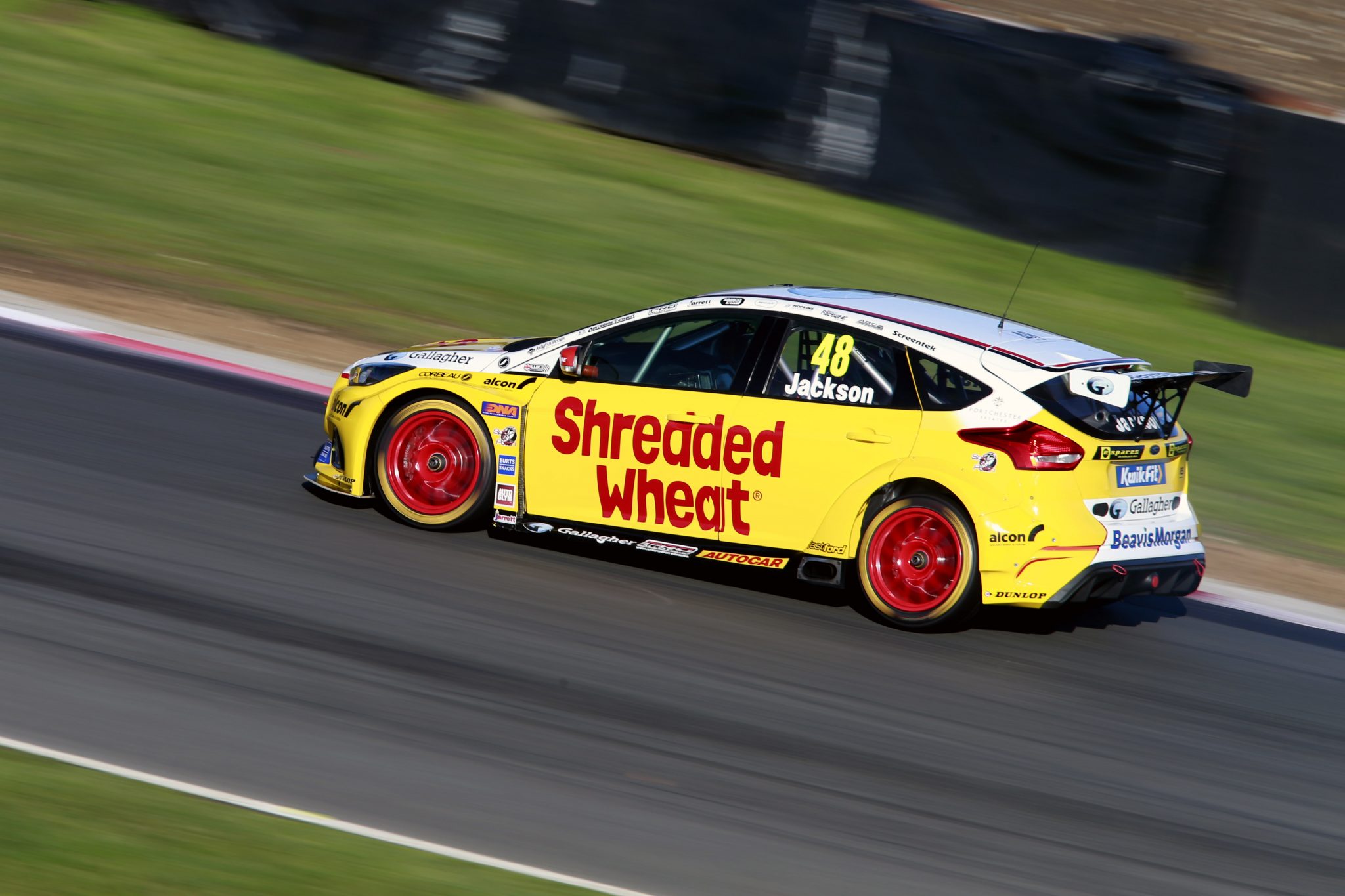 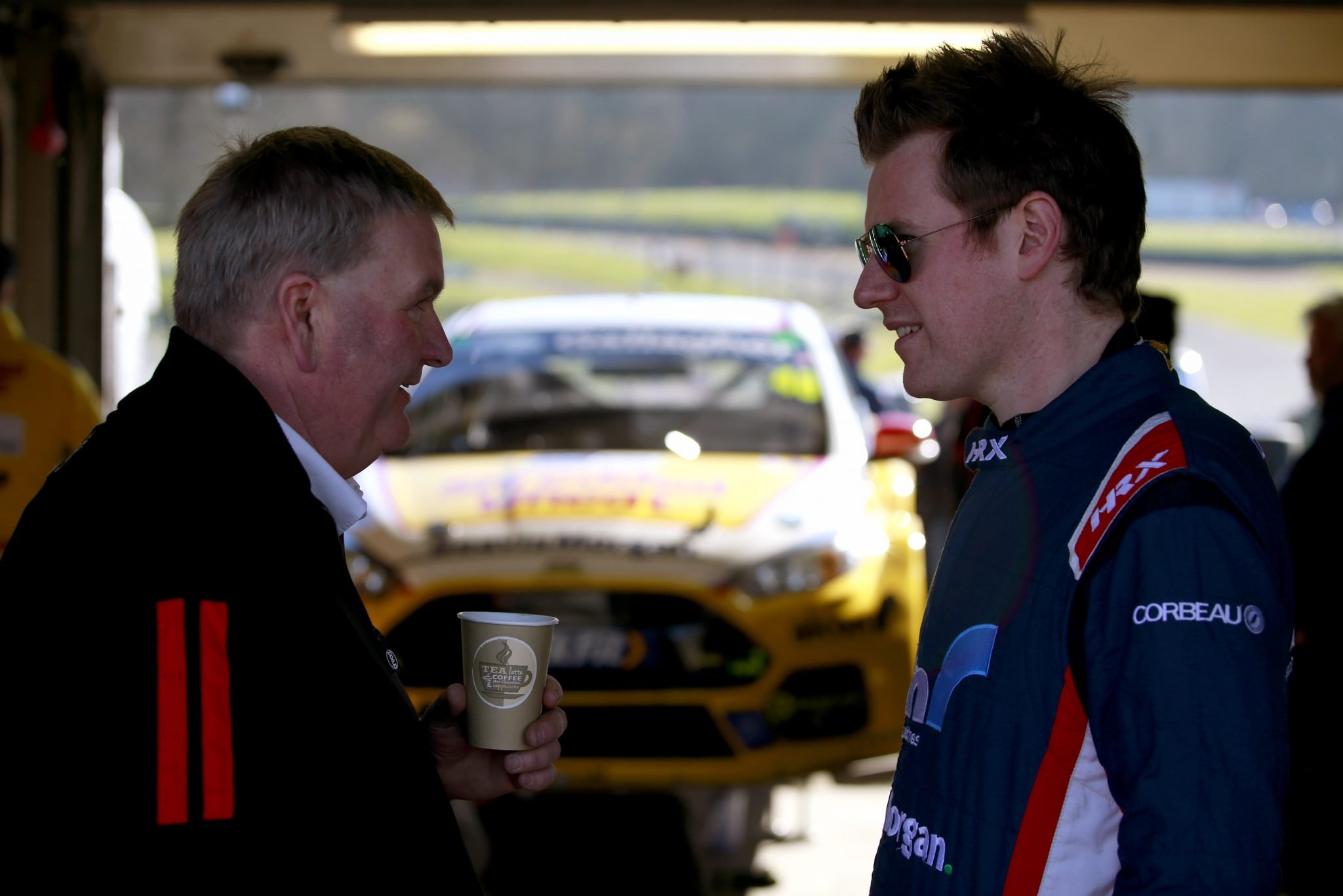 “Nic Hamilton [is] such a top bloke. He works incredibly hard – I’ve already seen that. More than that though, he’s gifted.

Chilton’s confident that, even at this early stage, the team has made a jump in performance. He and his new stablemates have gelled well already, and he’s hoping that will bear fruit as the trio look to push each other, as well as the Ford Focus RS, on in 2019.

“I got a good feel for the difference that the work over the off-season has made, even if we weren’t really all guns blazing in terms of pushing the car,” continued Chilton. “There’s enough there though, from the off, for me to feel a strong step in the right direction. We need to get a handle on setup to look after the tyres at the likes of Thruxton, particularly as we visit twice this year. We struggled in hot conditions in 2018 and we’ve made refinements to combat that.

“My team-mates all managed much the same times as I did with the same car underneath them. It’s so close. Ollie (Jackson) is someone who’s been racing concurrently with me in the BTCC for a good while now. He’s someone I know and someone who’s style I know and get on with really well. He’s taken to the team so quickly. He’s flying and he’s right on my pace which bodes well for developing the car.

“It was the first time I’d met Nic (Hamilton) and he’s just such a top bloke. He works incredibly hard – I’ve already seen that. More than that though, he’s gifted. He was taken aback by the amount of options he had open to him in terms of tailoring the car to his liking.

“Coming from the Renault UK Clio Cup, there’s far more that you can customise on a BTCC car. They both look like the models you see on the road but the BTCC car is very much a bespoke racing car under the skin. He’s getting used to all of the tweaks that can be made – everything from pitch and balance to his seating position. There’s just more that can be done across the board but it helps that Motorbase have built a very driveable car from the off. I really look forward to working with him, and I know Ollie is too. All three of us are pushing each other on, as well as the car.

“West Surrey Racing and Team Dynamics will be right up there early on, they always are there or thereabouts, and for good reason. That said, we can hit the ground running. With Speedworks and Toyota coming together with a new car, it’ll be a big shakeup for them. I feel Matt Neal and Dan Cammish will be strong early on in the second season running the current-generation Civic Type R.”

Ollie’s making his Motorbase return with Team Shredded Wheat Racing with Gallagher this season, having moved from AmD Tuning over the course of the off-season. He echoed the thoughts of Chilton on a good day’s work at Brands Hatch last week.

“It was a really good day’s running and a productive outing for us,” said Jackson. “It was primarily a shakedown of the car, really, but we managed to get some ground covered in the afternoon. It was great to get settled back into familiar surroundings and reacquaint myself with some familiar faces!

“The Focus feels really strong, really very good. There have been some tweaks under the skin over the course of the winter and they have made a little difference. The damping’s brilliant and it’s a good stable car. We’re off to Spain in a couple of weeks and for me, that’ll be about getting used to the finer points and learning how to gel with it and get the most out of it.”

“All three drivers were out on track on Thursday, and each has a different setup so we run all three cars to suit,” added Team Manager Oly Collins. “They work hard with their respective engineers and go down their own routes to ensure the car’s to their liking.

“It went brilliantly and exactly to plan. There are always a couple of minor gremlins to sort but nothing that limited our running and nothing out of the ordinary. We’ll be heading to Calafat in Spain for four days in early March and this is all about being ready to test intensively there. We had a few changes under the skin of the Fords that we wanted to get a look at on track, so it was productive in that sense too.

“It’s great to see Ollie back. He settled in right away – he was here the year I started! He’s in the groove already. Tom has come back his usual self and was bang on it from the off, too.”