MB Motorsport accelerated by Blue Square on the podium at Snetterton

MB Motorsport claimed their fourth podium finish of the season after a fantastic drive from Ollie Jackson in race two at Snetterton. A double-top ten in race one and a charge through the pack from Jake Hill in race three claimed the team further points as they leave Round Two in third place in the BTCC Teams Championship.

Sunny skies and sweltering temperatures greeted the team early on Sunday morning, as preparations soon got underway for the opening race of the day. Starting sixth and seventh on the grid following Gordon Shedden’s disqualification after post-qualifying scrutineering, the Motorbase Performance-run squad opted to run the medium compound of Goodyear tyre and were confident that a strong result was possible.

Carrying the maximum ballast of 75kg, the #24 of Jake Hill dropped to eighth place on the opening tour of the Norfolk circuit whilst the sister Ford Focus ST, the #48 of Ollie Jackson, was able to battle his way up to fourth place. Surrounded by soft tyre runners, the pair performed admirably in defending their positions, only dropping one place each to fifth for Ollie and ninth for Jake, recording the team’s second double top ten finish of the season.

At the height of the day, temperatures climbed tantalisingly close to 30º on the mercury as race two fast approached. Both cars opted to run the soft tyre, with Jake aiming to make further progress through the order in his first race of the weekend without the maximum success ballast. Ollie got off to an excellent start which saw the #48 car jump up from P5 to P2 and challenge the Hyundai of Tom Ingram for the lead of the race heading into the Wilson hairpin, whilst Jake gained on his starting position of P9 to P8.

Locked in a tight battle with Ingram, Ollie was at the mercy of eventual-winner Ash Sutton, who passed the pair with ease in hot pursuit of Turkington up ahead. Sterling defensive work from Ollie meant he was able to hold on to third place, momentarily losing the position before a fantastic move claimed the podium spot back once again. In doing so, the two-time race winner opened his podium account for the season.

Jake had also looked set for another strong top-ten result but contact from Aiden Moffat forced the 27-year-old wide. Coupled with a lack of grip from his tyres, Jake, unfortunately, slipped down the order to P24 at the chequered flag.

Heading into race three, Ollie lined up in P5 with Jake back in P24 but with both driver’s looking forward. Ollie's race began in fine form, rising to P4 on the first lap and remaining firmly in the battle for the lead throughout and into lap two. He was then the unfortunate victim of Tom Oliphant's drama ahead, being forced to slam on the brakes and take avoiding action of the spinning BMW. As a result, he dropped to P6 before being forced to retire on lap four with a front left issue, after contact with another car.

“Despite how the day ended, I'm delighted to claim my first podium of the season. We knew we had the pace to fight it out at the front and I'm very pleased that pace has been rewarded. We looked good all day and maximised everything we could out of the car. It's a shame to end the weekend with a retirement but it was just an unlucky contact that nine times out of ten, you'd have gotten away with but today wasn't to be."

“I'm very proud of how hard the team battled today. Ollie's podium performance was excellent and deserved - I'm delighted for him to get his first one of the season as I'm sure there's many more to come. Jake did the very best he could with a brilliant performance in race one before an unfortunate race two. His fight through the field in the final race of the day was showed his class and what might've been. Once again, our thanks to the Motorbase Performance squad for all their efforts." 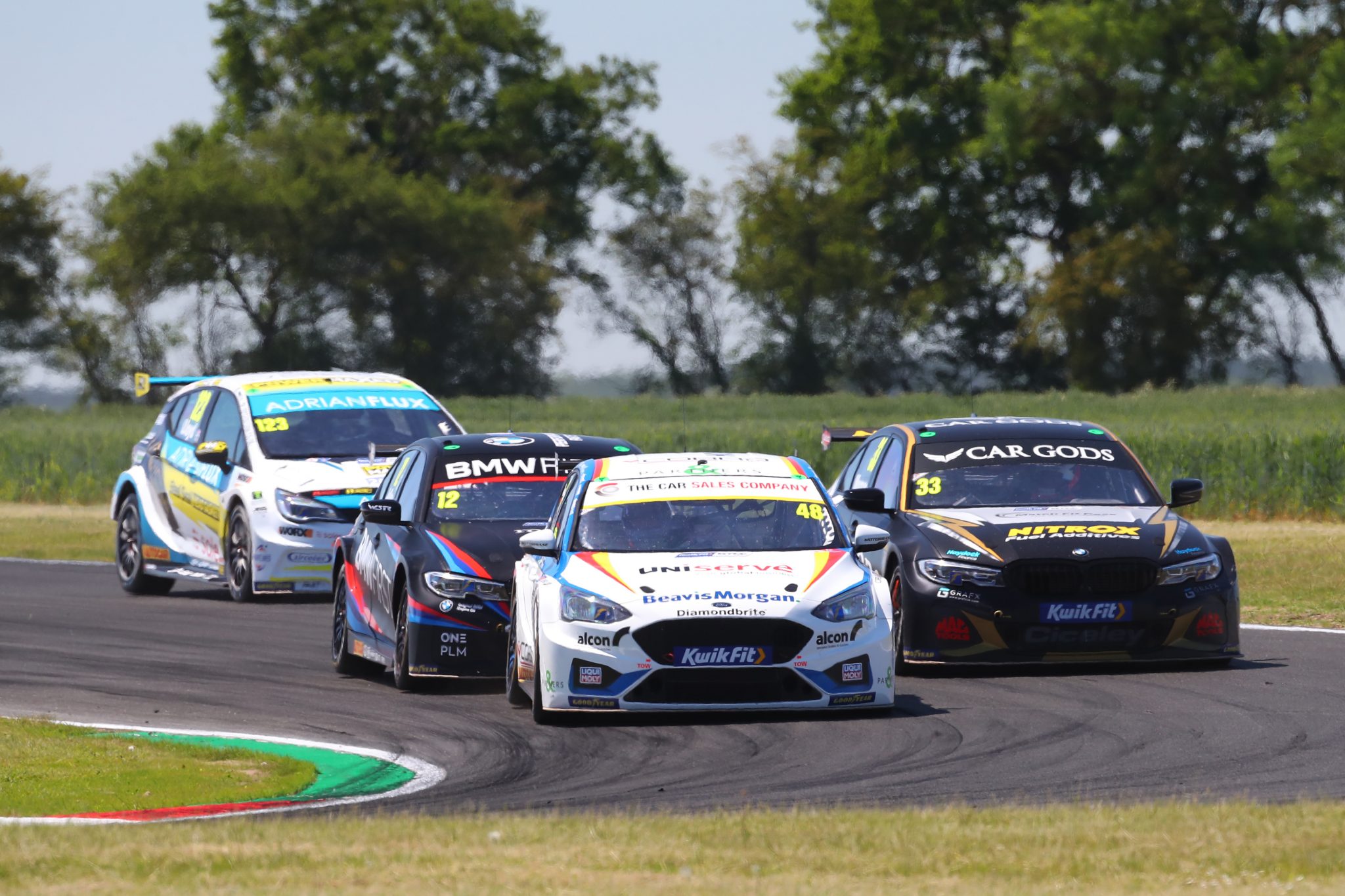