MB Motorsport accelerated by Blue Square claimed a double top-ten start for the 2021 season-opener after a positive day’s work at Thruxton from Ollie Jackson and Jake Hill. A dramatic, helter skelter qualifying session in damp conditions faced the MB Motorsport duo who will start tomorrow’s first race in P9 and P7 respectively.

A very wet opening practice session kicked off proceedings at Thruxton on Saturday morning, with the team quickly finding their feet in the challenging conditions. As the session progressed, Jake continued to find pace in his Ford Focus ST, remaining in the top three for the duration of the session and finishing third with a best lap of 1:20.651. In the sister Focus ST, Ollie also ran an unproblematic 40 minutes, completing 19 laps in total and registering twelfth fastest on the timesheets with a 1:21.695.

As the day progressed, the conditions also began to change with torrential rain being replaced by cloudy skies and strong winds for the second session of the day. A damp track ensured it was wet tyres once more, with both MB Motorsport accelerated by Blue Square drivers running mid-table throughout the opening phases of the session. With just over five minutes remaining, track conditions had improved to allow both cars the option to run slick tyres and prepare them for qualifying later in the afternoon. As the session drew to a close, Jake registered 11th fastest with a 1:21.990 whilst Ollie’s best lap of a 1:22.376 placed him 14th in the order.

Qualifying soon rolled around and any further threats of rain stayed well away from the circuit. As the session got underway, an issue with Ollie’s car meant he was forced to watch the opening exchanges from the sidelines. Thankfully, the team managed to resolve the problem and the two-time BTCC race winner remained calm and collected as he made his way out on track.

Jake spent most of the first half of the session dicing inside the top-ten while Ollie got up to speed having missed the opening period. At the halfway stage, with the conditions continuing to dry, the team made the early call to switch both drivers to slicks. The pair searched for grip in their first few laps on the hard compound but, very quickly, the decision to change early proved to be the right one as many competitors dived into the pits to follow suit.

With lap-times falling fast, both Jake and Ollie showed their ability, with Jake frequenting the top spot on numerous occasions and Ollie climbing up inside the top ten despite the fragmented start to his session.

Ollie’s remarkable turnaround was completed as his last flying lap placed him into P6 before ending the session in P9 having been pipped by a few late-finishers right at the death.

“I think today would be best described as eventful! The conditions were incredibly wet in the morning which meant the practise sessions were always going to be a case of scoping things out and building for what was to come.”

“Qualifying got off to an interesting start but the guys did brilliantly to get the car out and, from there, it was about focusing on the job at hand. I’m really pleased to be starting inside the top ten despite it being a shortened session for me. We’re in the mix and I’ve no doubt that tomorrow could be equally as eventful!”

“In true British Touring Car Championship style, it has been a dramatic first day back at the office. For Ollie to deliver what he did in qualifying after having to watch the start from inside the awning was incredibly impressive. It would have been easy to let that ruin the session so he should be very pleased with his performance.”

“I know that Jake is disappointed with the way his qualifying session finished but he is in a great position to race from tomorrow and we know that we have two great drivers in two quick cars, thanks to the guys at Motorbase Performance. I’m really looking forward to what could be a really exciting race day.” 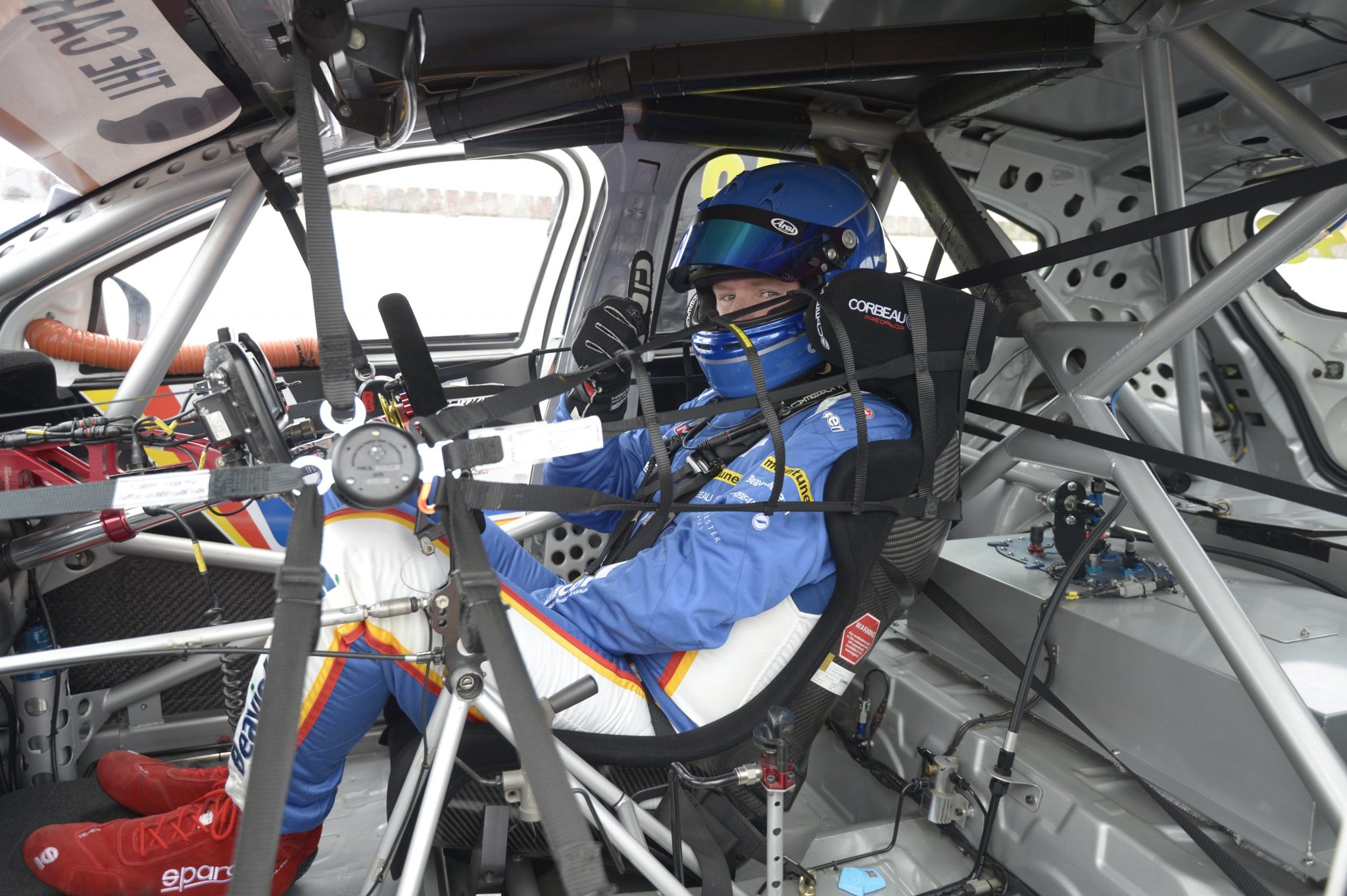